Usually NFL Free Agency is a period of time that occurs in late March to early April but this year was an unusual offseason that included a lockout that kept football fans everywhere on the edges of the seats wondering if there would be a season in 2011. Fortunately the conflict dubbed “Millionaires vs Billionaires” came to end. The end of the lockout meant an immediate overflow of transactions by all 32 teams in the National Football League. After just one week after the CBA agreement had been made  around 1600 transactions were made around the NFL. Today we’re gonna look at the best and worst signings , cuts and trades around the league in the 1st week of Post Lockout football.
Because everyone loves a winner we’ll start with the teams and owners who put one in the W column before the preseason has even begun.

2. New England Patriots The Pats are always winners but they really stepped up to the plate this past week with two of the most surprising moves of the last few years. What the boys from New England were able to do was get great talent with HUGE egos for nearly nothing. They started with the acquisition of Redskins DT Albert Haynesworth who had a miserable time in DC to say the least. The Pats sent a 5th round pick to the skins for the hefty DT who has a problems his size if not bigger. The 2nd move made by the Patriots was one that they had made nearly 3 years ago (acquiring Randy Moss ) only with a new team and a new receiver. Chad Ochocinco who had been begging top get out of Cincinnati for what seems like 3 years now and has landed himself in probably the best situation possible for any aging receiver with some talent… A trip to work with QB Tom Brady and a great system under coach Bill Belichick. So we’ll see what the Pats can do with these troubled minded players who posses major talent. 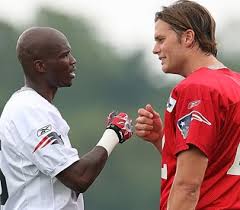 3.  New York Jets– The Jets over the last 3 years have been the biggest trun around team in the NFL. With a young solid QB (Mark Sanchez) , a strong smashmouth defense and the coach that every player in the league wants as their coach (Rex Ryan) Gang Green is just entertaining to watch and even better to root for. Even as a Giants fan you gotta love the passion of the Jets on the field and in the stands. This offseason they had some key recievers on the market and signed the biggest one (Santanio Holmes). Even though they came up short on the Nnamdi sweepstakes the Jets still made a splash by signing WR Plaxico Burress who will be a HUGE target for “The Sanchise” all over his field but especially in the red zone. The Jets were a team that didn’t need to go out and make a splash because they have all the pieces right in front of them. But still managed to make their presence felt on the market.

1. Seattle Seahawks– They lose their franchise QB Matt Hasselback to the Tennessee Titans and brought in QB Tavaris Jackson to take the reigns of the franchise and compete for the job. But the seahawks who still have RB Marshawn Lynch who is fresh off is amazing run the produced earthquake like energy from the 12th Man in seattle but for another year the Seahawks will be in another rebuilding year and may be win the weakest division in football (NFC West).

2. Dallas Cowboys– Get no one big for another year and are just getting older year by year. They also traded away WR Roy Williams and dropped veterans like RB Marion Barber and OT Marc Colombo who were both leaders in the locker room and on the field. America’s most hated team will have to work hard for a spot this year but I don’t see any success for them in Big D.

3. New York Giants– The Giants once again have done NOTHING! They have released their left side of the offensive line (including Rich Seubert who is Coach Tom Coughlin’s son-in-law) and center Shaun O’Hara. They also have yet to sign RB Ahmad Bradshaw who if not signed will be missed greatly in the backfield for big blue. But by far the biggest failure for the Gints was their loss in the pursuit of WR Plaxico Burress who is wearing the wrong color jersey in East Rutherford. Plus they may get stuck with an angry and selfish DE in Osi Umenyiora

7 thoughts on “Winners and Losers of NFL Free Agent Frenzy”