Randy moss one of the greatest wide receivers of all time announced his retirement several days ago.  now the question is will he come back or does he mean that he is done for good? 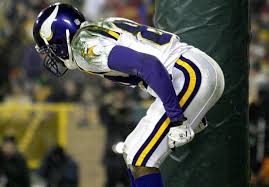 Randy has had one of the best careers as a wide receiver ever.  he is second in touchdown catches only to Jerry Rice I mean a guy with 954 receptions  14858 career yards 15.6 yards per reception and 153 career TD catches.  despite his shenanigans he is a great player and i hope he comes back and does great.

Either way best of luck to Randy Moss !

The phrase performance enhancer means various things to different people.  Some people believe it to be anything that makes you perform better than your highest level and others just think of it or them to be anabolic steroids or human growth hormone otherwise known as HGH .

I bring this up because many of the people who hold great names in sports are accused of using performance enhancers such as Barry Bonds. 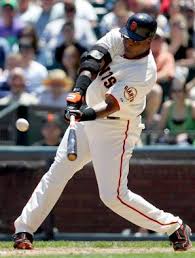 Now lets analyze this a little bit… If steroids are outlawed shouldn’t other things that make you perform better be outlawed?  For example golf is a game that relies a lot on depth perception and golfers such as tiger woods have received laser surgery on their eyes to improve depth perception therefore making them play better.  doesn’t this do the same thing as steroids improving how they play the game.

Not taking anything away from Tiger or giving anything to Bonds but didn’t they really just both want to play better and they improved their games? Its just Tiger’s way was legal and Barry’s wasn’t.

Tiger after lasik did this…

I would say his game got better

You decide for yourself should all performance enhancers be outlawed or are some ok and some not ?