Right now we stand about a month away from March Madness and that means that these next few weeks will be key to teams like My Hokies, Who are on the Bubble, The Kentucky Wildcats, Who are fighting for that number 1 seed category come tourney time, And probably the biggest letdown of the season thus far, The UNC Tarheels. Who are fighting for the highest seed that they can get. But before we get into March Madness we get a little treat known as Rivalry Week!!  This jam-packed week of College Hoops action kicks off tonight on ESPN at 7 pm with Nova at WVU  here is your week schedule of games:

Enjoy this rivalry week in College hoops it shouldn’t dissapoint!!! Peace Out 🙂

Hey everyone, this is my second post. I want to talk about John Wall, freshman guard for Kentucky. John is currently projected as the number 1 pick in the 2010 NBA draft. Wall is 6’4″ and weighs 195 lbs. He is putting up monstrous numbers and helping the #3 ranked Wildcats to a 10-0 start. John’s averages are as followed….MPG- 35.1, PPG- 18.1, APG- 7.1, 3P %- .368, RPG- 4.1, and SPG- 2.8. John is an unbelievable player. His strengths are that he has the size to become a great player. He also makes many plays a game that show he has the potential to be a great overall player. The only thing I don’t like is that he will be drafted #1 overall to the Nets!! I was very surprised with his choice of college. Since he grew up in Raleigh, I thought he would go to UNC but sure enough he’s at Kentucky and they are a better team then UNC. Wall will be a great NBA player and I’m looking forward seeing him play in the NBA.
Also, I would like to thank Matt for letting me write for Sports Haven because I’ve always wanted to write in a sports blog. 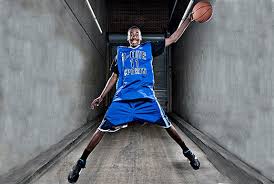